ENTER OUR DRAW TO WIN A $300 HAIRHUB BY FALCONE VOUCHER!

Life has been crazy and often stressful these last few months, so we thought we’d do something fun and create a prize draw!

Just fill out the form below to join our mailing list and you’ll be automatically entered into the draw to win a $300 HairHub by Falcone voucher!

Pamper yourself with a makeover, or use it to purchase amazing product to give you a boost in these difficult times. 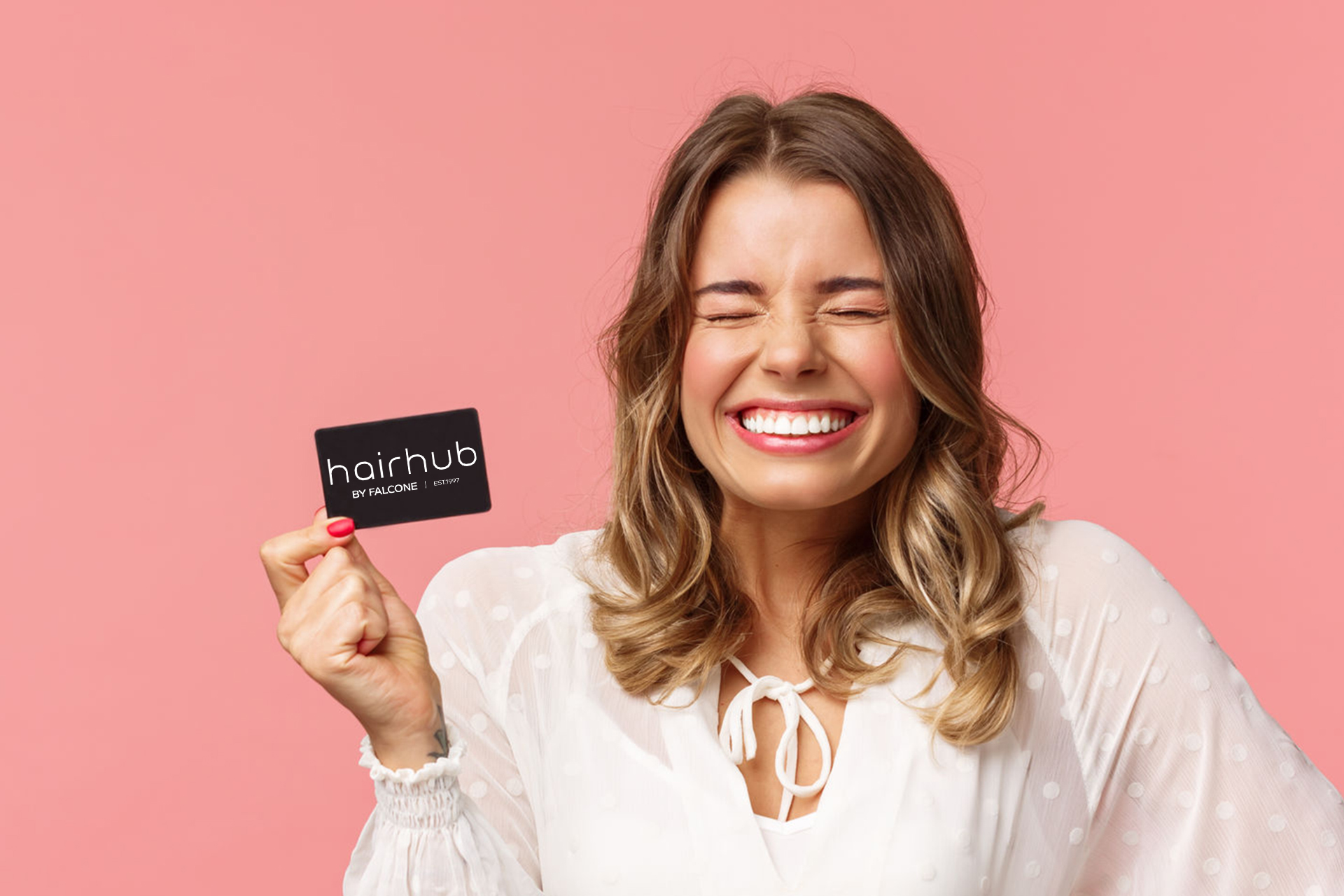 NO ENTRY FEE. NO PURCHASE OR OBLIGATION NECESSARY TO ENTER OR WIN.

Participation in the promotion/contest constitutes entrant’s full and unconditional agreement to and acceptance of these Terms & Conditions / Official Rules (“Official Rules”). VOID WHERE PROHIBITED.

To Enter: Fill out and submit the form above right to join Sponsor’s mailing list by 5 p.m. on 1 September 2020 (AEST) (“Entry Period”) and you’ll be automatically entered into the draw.

Prize: The prize to be awarded from the promotion/contest is a $300 HairHub by Falcone voucher, redeemable at the HairHub by Falcone salon, Camberwell, VIC for hair products and/or services only. Total value of the full prize to be awarded is $300 (AUD). No cash or other substitution of prizes is permitted, except at the sole discretion of Sponsor for a prize of equal or greater value. Prize is to be redeemed in one appointment sitting and/or purchase of hair product by 1 October 2021. Voucher may not be used between the 13th and 31st of December, nor to purchase electrical products. Sponsor will not replace any lost or stolen prizes.

Eligibility: There is a limit of one entry per entrant during the Entry Period. The promotion/contest is open to residents of Victoria, aged 18 or older, who have an active e-mail account and Internet access as of the beginning of the promotion/contest period, and (1) is not an employee of the Sponsor or any of its related corporations or any of their agencies associated with the promotion/contest; and (2) is not a spouse, de facto spouse, parent, child, or sibling (whether full, half, step, or by adoption) of such an employee. Entrants must provide all information requested to be eligible to win. Incomplete, unreadable, or unintelligible entries will be disqualified. No automatically generated entries will be accepted. The use of any robotic, automatic, programmed, or the like entry methods will void all such entries by such methods.

Prize Drawing: All promotion/contest name entries meeting the requirements of these Official Rules will be entered into the prize drawing, to be held by 4 September 2020 at the HairHub by Falcone salon, Shop 1.16 Camberwell Place, Camberwell, VIC 3124. The drawing will be conducted by independent judges whose decisions are final and binding. The winner will be selected at random from among all eligible entries received. If a selected winner cannot be contacted, is ineligible, fails to claim a prize, and/or where applicable an affidavit of eligibility and publicity/liability release is not timely received, is incomplete or modified, the prize may be forfeited and an alternate winner will be selected from remaining valid, eligible entries that were submitted timeously.

Notification and Publication: Winner will be notified by e-mail within three (3) business days of the prize drawing and announced on Sponsor’s website within one week of drawing.

Identity of Entrants and Winner: In the event of a dispute regarding who submitted an entry, the entry will be deemed submitted by the authorised account holder of the e-mail account specified in the entry. “Authorised account holder” is defined as the natural person who is assigned to an e-mail address by an Internet access provider, online service provider, or other organisation (e.g., business, educational institution, etc.) that is responsible for assigning e-mail addresses for the domain associated with the submitted e-mail address. In the event of a dispute as to the identity of a winner, the winner will be deemed to be the person in whose name the e-mail account governing the e-mail address was opened.

The odds of winning the prize depend on the total number of eligible entries received.

Sponsor is not responsible for late, lost, delayed, incomplete, illegible, or misdirected entries, responses, or other correspondence, by e-mail or otherwise, or for theft or destruction or unauthorised access or alterations of entry materials, phone, electrical, network, computer, hardware, software program or transmission malfunctions, or failures or difficulties.

By participating and winning a prize, winner releases Sponsor, its parent, affiliates, subsidiaries, directors, officers, employees, sponsors, and agents, including advertising and promotion agencies, from any and all liability with respect to the promotion/contest or the acceptance, possession or use of any prize, including without limitation (1) any condition caused by events beyond Sponsor’s control that may cause the promotion/contest to be disrupted or corrupted; (2) any injuries, losses, or damages (compensatory, direct, incidental, consequential or otherwise) of any kind arising in connection with or as a result of the prize, or acceptance, possession, or use of the prize, or from participation in the promotion/contest; and (3) any printing or typographical errors in any materials associated with the promotion/contest.

Sponsor reserves the right, in its sole discretion, to cancel, modify or suspend the promotion/contest in whole or in part, in the event of fraud, technical or other difficulties, or if the integrity of the promotion/contest is compromised, without liability to the entrant. CAUTION: ANY ATTEMPT TO CAUSE DAMAGE TO ANY WEBSITE OR THE INFORMATION ON ANY WEBSITE ASSOCIATED WITH THIS PROMOTION OR TO OTHERWISE UNDERMINE THE FAIR AND LEGITIMATE OPERATION OF THIS COMPETITION MAY BE A VIOLATION OF CRIMINAL AND CIVIL LAWS. THE SPONSOR RESERVES THE RIGHT TO SEEK DAMAGES TO THE FULLEST EXTENT PERMITTED BY LAW IN THE EVENT THAT ANY SUCH ATTEMPT IS MADE, WHETHER OR NOT THAT ATTEMPT RESULTS IN ANY SUCH DAMAGE, INTERFERENCE OR UNDERMINING.

The winner is responsible for paying any income taxes on the value of the prize received. This is void where prohibited or restricted by law. All federal, state, provincial and local regulations apply.

All information provided by entrants becomes the property of Sponsor. An entry with details authorises Sponsor to send email and/or text marketing communication to entrant.

Except where prohibited by law, by accepting any prize, winner consents to the use of his/her name, photo and/or likeness, biographical information, winning entry, and statements attributed to winner (if true) for advertising and promotional purposes without additional compensation. All entries become the property of Sponsor and none will be acknowledged or returned.

Sponsor reserves the right to disqualify any winner, as determined by Sponsor in its sole discretion. Sponsor’s decisions in all respects relative to the promotion/contest are final.

For all the tools and products you need and the perfect cut, colour, and style for your hair, look, and lifestyle, visit us today. We’d love to see you!

The page you requested could not be found. Try refining your search, or use the navigation above to locate the post.